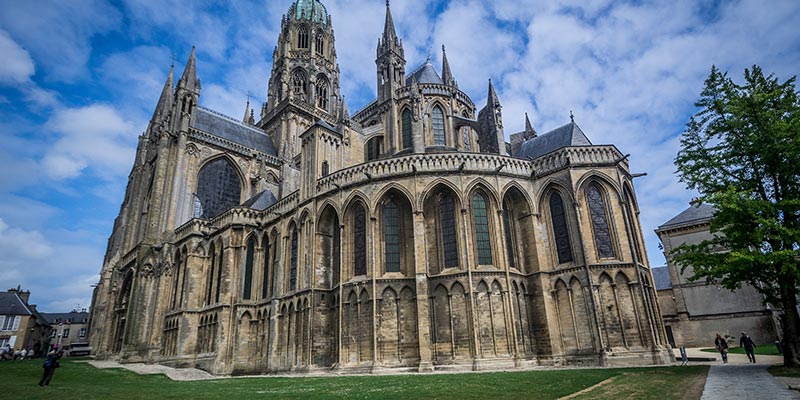 Nestled in the heart of Bayeux, this large Norman-Romanesque Cathedral dates back to the 11th Century. It is famous as the original home of the Bayeux Tapestry, a massive embroidered cloth depicting the events leading up to the Norman conquest of England. Many legends surround the tapestry, but the majestic architecture of Bayeux Cathedral tells a story of its own. It is a wonder that one of the oldest cathedrals in France somehow escaped World War II without much damage. Performing in Bayeux Cathedral lit up at night is a truly magical moment for your music tour. 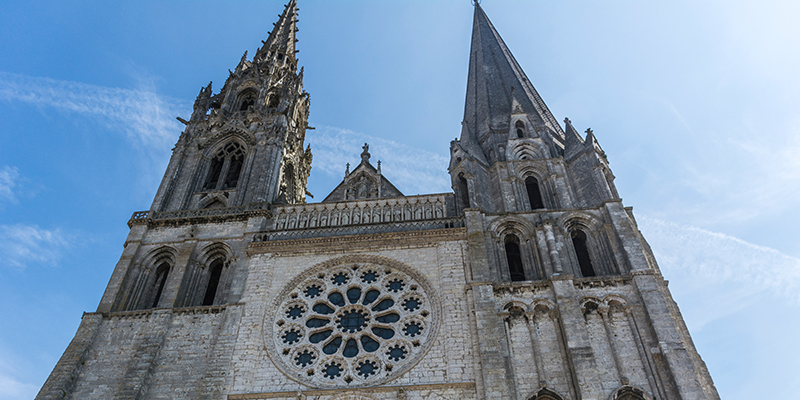 This gothic-style Roman Rite Catholic cathedral was built between 1194-1250 and is the last cathedral to have occupied the grounds since the 4th century. The church's almost perfect preservation is astounding; it still holds most of the original stained glass windows and its architecture has gone almost unscathed since the 13th century. Dominating the cathedrals exterior are its flying buttresses, large windows, and beautiful spires. 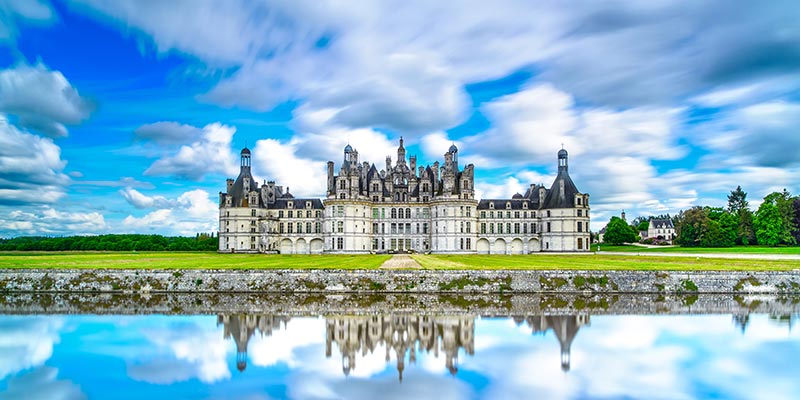 This sprawling creation commissioned by Francois I, towering over its deer-filled park, is one of the most recognized châteaux in the world. Featured in the building are works from collections of the Louvre and Compiegne, admired by nearly a million visitors each year. With guaranteed audiences any day, this is a top performance spot in the Loire Valley 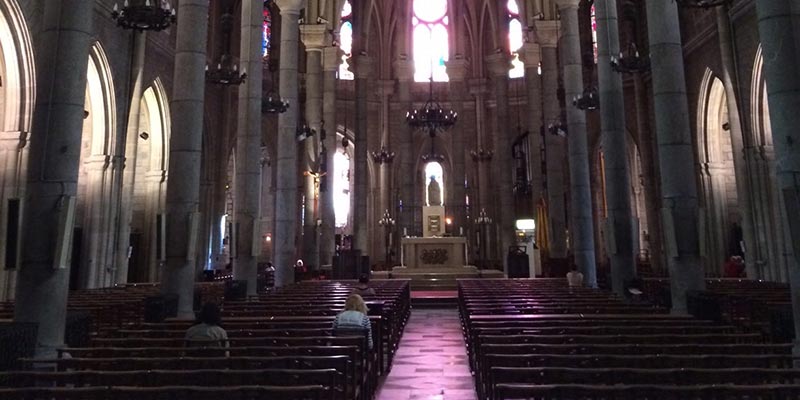 Built in 1868, the Basilica of Notre-Dame de Nice is the largest church in the city. The church was built in a Gothic French style and was designed to French the city after it was annexed from Italy in 1860. The east facing faÃ§ade is dominated by a huge Rose window, depicting the Assumption of Mary. It is a beautiful venue and would be the perfect venue for a choral ensemble. 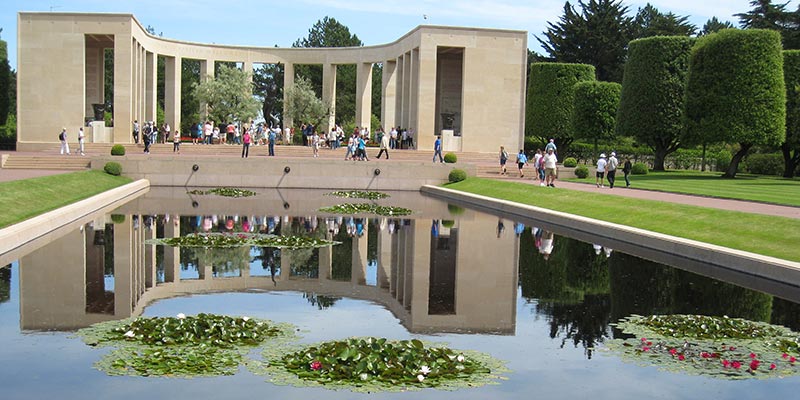 Honoring nearly 10,000 American soldiers who died in Europe during World War II, this site is a historical landmark in memory of the 1944 invasion of Normandy. This cemetery and memorial is located near Omaha Beach and the English Channel close to the Normandy landings. With the US flag flying proudly, visitors can attend the flag lowering ceremony which occurs twice each day. Performances here are sure to be emotional and inspiring. 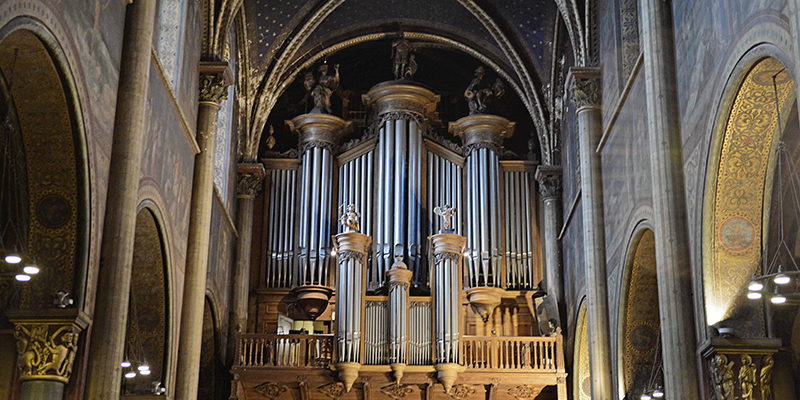 The Church of Saint-Germain-des-Prés, founded in the 6th Century, stands on the left bank of the Seine. The church was once part of a huge Abbey. Unfortunately, the main body of the Abbey was destroyed when their supply of saltpeter, used to preserve their food but also a constituent of gun powder, exploded and leveled the Abbey to the ground. Now only the church remains. It is an amazing venue, rich in history and a wonderful setting for any performance. 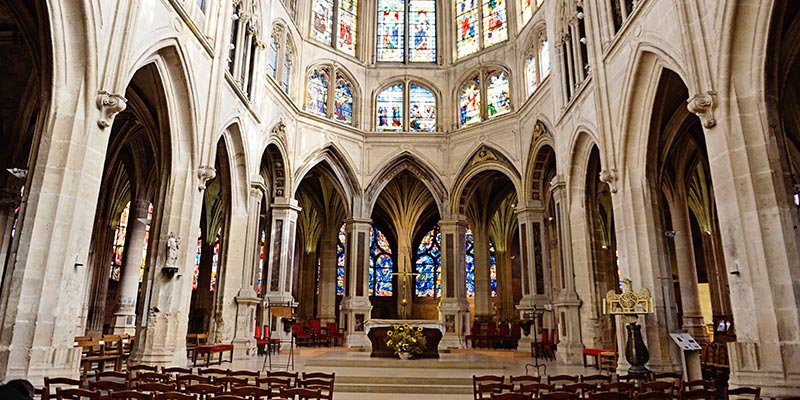 The Église de Saint-Sèverin, one of the oldest churches on the left bank, was completed in 1520. Situated in the heart of the Latin Quarter it is a fine example of Gothic Architecture. The interior boasts a forest of columns and the 16th century architecture is complimented by the addition of some very modern impressionistic stain glass windows. The church is also home to one of the oldest bells in France, cast in 1412, it's still ringing at the ripe old age of 601! St. Sèverin is a stunning venue the perfect place for an atmospheric ensemble. 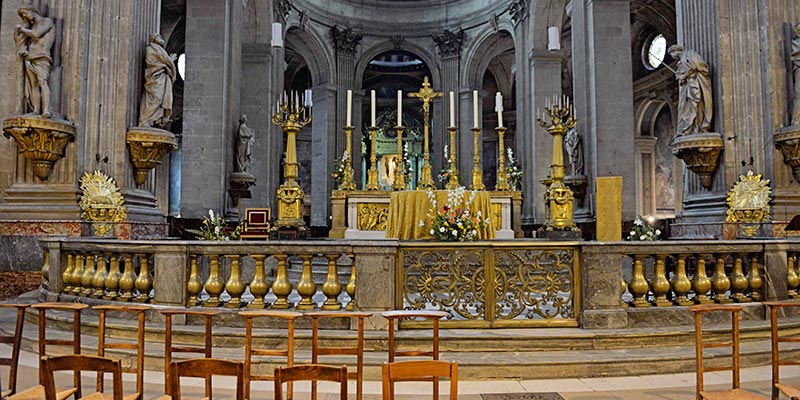 The Church of St. Sulpice, built in the seventeenth century, is the second largest church in Paris. An important Roman Catholic church, it is home to a very impressive Gnomon, an astronomical measurement device which was installed so the bells could be rung at exactly the most appropriate time of day. The church is famous for its Great Organ, revered as the most impressive instrument of the romantic French Symphonic Organ Era. There have been a few modernizations over the years but overall it is nearly exactly the same as when Aristide Cavaillè-Coll reconstructed it in 1862. This is a beautiful venue with lots of atmosphere and a special appeal to any organ enthusiast. 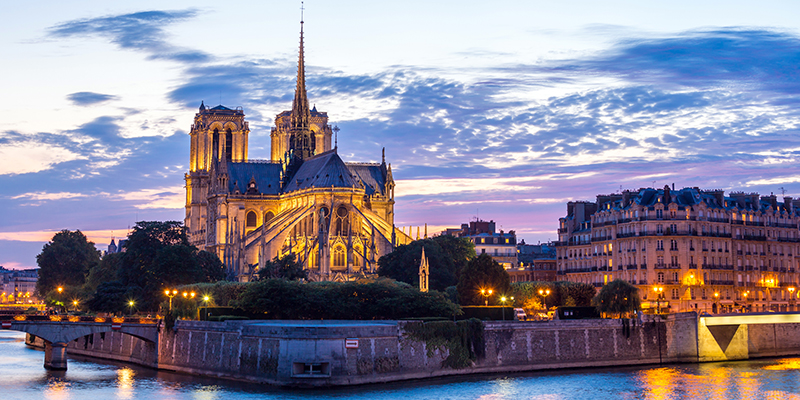 Located in the heart of Paris, Notre Dame is one of the most magnificent churches in the world. It has starred in numerous books and films across the ages—most notably Victor Hugo's tale of the Hunchback, Quasimodo, who lived in the bell towers. Speaking of bells, Notre Dame has five, the largest being the great bourdon bell, Emmanuel, which weighs just over 13 tons. No doubt one of the most sought after venues in the world, we are proud to have Notre Dame on our venues list! 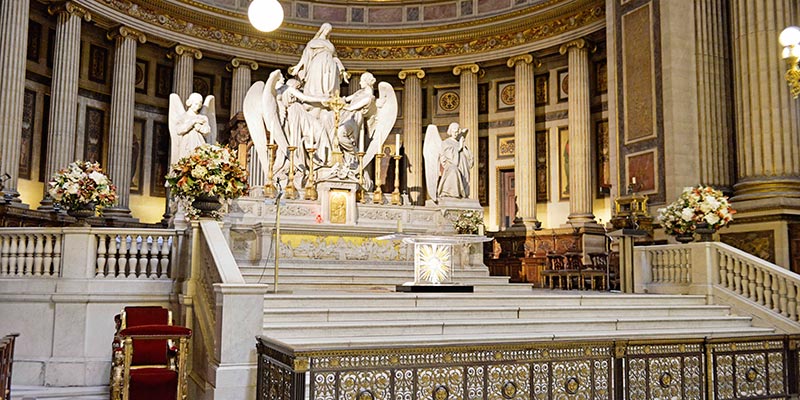 La Madeleine is a prestigious performance venue in the 8th arrondissement of Paris. This Roman Catholic church was built in true Neo-Classical style inspired by the Roman temple Maison Carrée with over fifty columns carrying the building. The church's pipe organ was built in 1845, restored in 1927 and the organist position has been held by major organists/composers, Saint-Saëns and Fauré to name a few! We hope your group can be one of the select ensembles to have the opportunity to perform here! 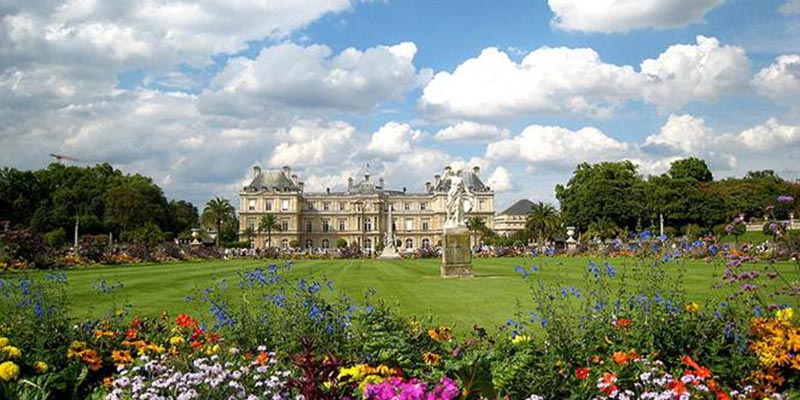 Home of the Luxembourg Palace, the Jardin du Luxembourg is the second largest public park is Paris. Decorated in statues, fountains and plant life, this garden is host to many worldwide visitors that come to enjoy its beauty. Musical performances frequent this beautiful setting where daily cafe visitors are close by to enjoy. 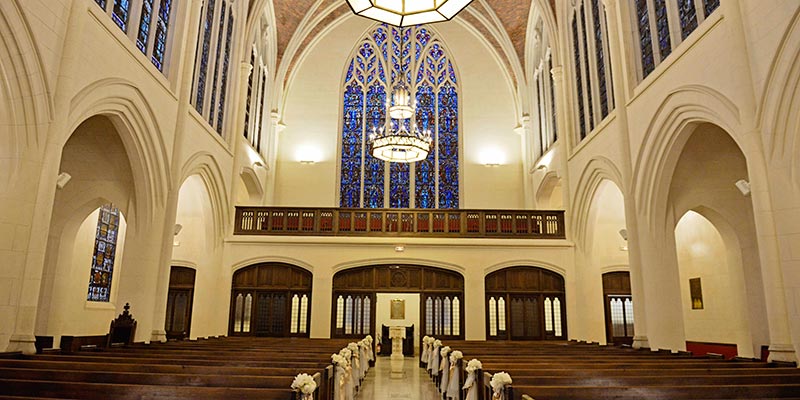 The American Church is Paris has been around since the 1830s and is the first American church outside the United States. According to the church's history, it was consencrated on Thanksgiving day 1886 and coincided with the dedication of the Statue of Liberty. It is a beautiful building that is perfect for choirs. It is a symbol of French and American allegiance and and continues to be a highlight for visitors from all over.