Combine the beautiful historic cities of Moravia and Western Slovakia with the bustling Slovak capital, Bratislava. Take in the UNESCO World Heritage locations of Olomouc, Kroměříž, and the picturesque spa towns of Luhačovice and Piešťany, where spa guests provide an appreciative audience for visiting ensembles. 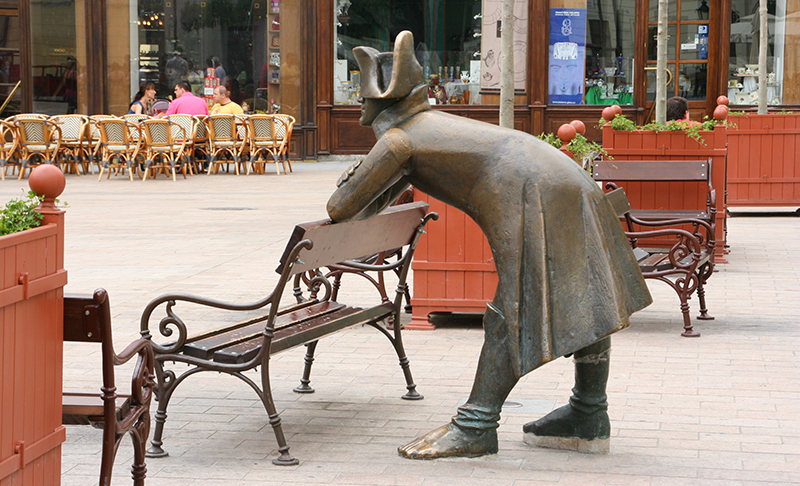 Departure from the United States.

Arrive in Olomouc and meet your Encore Tour Manager at the airport. Transfer into the city, check in to your hotel and depart on a walking orientation tour of the city. Olomouc contains several large squares, the chief of which is adorned with the Holy Trinity Column, designated as a UNESCO World Heritage Site. The evocative central streets are dotted with beautiful churches, testifying to the city's long history as a bastion of the Catholic Church.

After breakfast, depart for the spa town of Luhačovice in Moravia. Famed are the natural medicinal springs, favourable climactic conditions and pleasant surroundings, in which beautiful nature is wed with typical architecture. Luhačovice waters are considered to be one of the most effective in Europe for their high content of mineral substances and for their excellent free-flowing carbon dioxide. Explore the town square as a group and enjoy an afternoon at your leisure. Tonight, perform your debut concert! Return to Olomouc for the evening.

Depart on your day excursion to Kroměříž. The town's main landmark is the Baroque Kroměříž Bishop's Palace, where some scenes from Amadeus and Immortal Beloved were filmed. It was once selected as the most beautiful historical town of the Czech Republic. Along with a local guide, take a walking tour of the city. Visit the Castle and perform your next concert here (pending approval)!

Today, you will check out and depart for Bratislava. En route, stop in Skalica. Near the remnants of one of Skalica's city walls is one of Slovakia's oldest works of construction, the Romanesque Rotunda of St. George. Other sights are Skalica's Late Renaissance town hall and the Skalica Culture House built in the Art Nouveau with elements of Czech and Slovak folklore. Enjoy an afternoon to explore the town before continuing to Bratislava. Check in to your hotel and enjoy a group dinner.

After eating breakfast at the hotel depart on your guided sightseeing tour of Bratislava. Free time for lunch at your leisure in the city. In the afternoon, transfer to a local venue for your next performance. After the concert, enjoy dinner at a local restaurant.

Enjoy an excursion today to Piešťany, the biggest and best known spa town in Slovakia. In the past, the spa attracted many aristocratic visitors, including Ludwig van Beethoven. Here you will have ample time to explore with your tour manager before your final performance! Enjoy dinner at a local restaurant before returning to Bratislava for the night.

Return to the U.S.

Explore our catalog of Slovakia's most popular performance venues.