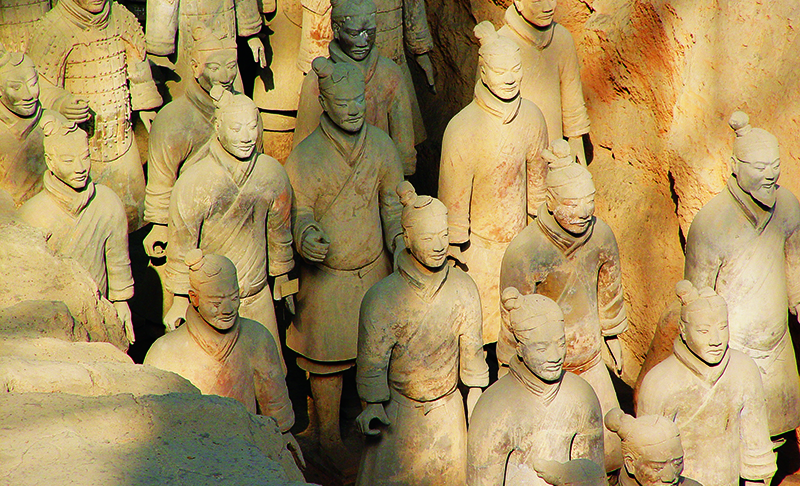 Arrive in Beijing, the bustling capital city of China, where you meet your full time Chinese Tour Manager. Beijing is renowned for its opulent palaces, temples and huge stonewalls and gates. Its art treasures and universities have long made the city a centre of culture and art in China. Transfer to your hotel in the city for check in and dinner, then settle in for a good night's sleep.

Start your day with the popular Tai Chi exercises from the Tai Chi Master and then enjoy a full day's tour of Beijing. Visit the Temple of Heaven, where the Emperor would make sacrifices and pray to heaven. An informal performance may be possible at the park! Enjoy lunch as a group learning about Chinese eating etiquette. Continue to explore Tiananmen Square and Forbidden City. At Tiananmen Square, view the impressive monuments and buildings such as the Great Hall of the People. Visit the Forbidden City, a maze of buildings also known as the Imperial Palace that was off-limits to the public for 500 years. Enjoy dinner featuring Peking duck, a regional and national specialty.

Today, climb on one of the most astonishing feats of human endeavor: The Great Wall of China. Construction of the Great Wall began in the seventh century BC and was extended in the many dynasties. Pass by the Olympic Bird Nest Stadium and the Water Cube. When Beijing hosted the 2008 Olympic Games, the Olympic Bird Nest Stadium was designed as the main stadium for the Olympics and Paralympics. Late this afternoon you'll present your debut concert for the locals!

Experience the life of Old Beijing before your transfer to the airport for your flight to Xi'an. Upon arrival to Xi'an, the ancient capital of China, transfer to your hotel for check-in. Enjoy dinner at a local restaurant.

Enjoy a half day tour to the eighth wonder of the world, the life-size Terra Cotta warriors. View the Bronze Chariot and see a Circle Vision movie. Today, you will learn how to make the Chinese dumpling, a traditional family dish of China. Then, enjoy your delicious dumplings during lunch! In the afternoon, pass by the City Wall, one of the largest and most complete ancient military systems of defense in the world.This afternoon, prepare for your second concert of the tour.

Transfer to the airport for a morning flight to Shanghai, the largest city in China. Upon arrival, begin a city tour to learn the development of Shanghai. Visit a Silk Weaving Factory, where you will see the process of silk starting from worms and you may even have a chance to make the silk products! Continue on to visit Yu Garden, a classical garden in downtown Shanghai, boasting a history of over 400 years. Each pavilion, hall, stone and stream in the garden is expressing the quintessence of South China landscape design from Ming and Qing Dynasty. Your final stop is a tour of Old Town. Have dinner at a local restaurant tonight.

During the day, you will rehearse and perform your final concert of the tour! After lunch, explore the Bund, the heart of Colonial Shanghai. Here, you will see the modern areas of the city known as Pudong (East side of river) whereas you will find the old Shanghai on the Puxi (West side of river), Pudong New Development Area. Pass by the French concession, which is one of the most beautiful areas in the city. Tonight, enjoy a special dinner followed by an acrobatic show!

Transfer to the airport for your return flight to the United States.

Explore our catalog of China's most popular performance venues.