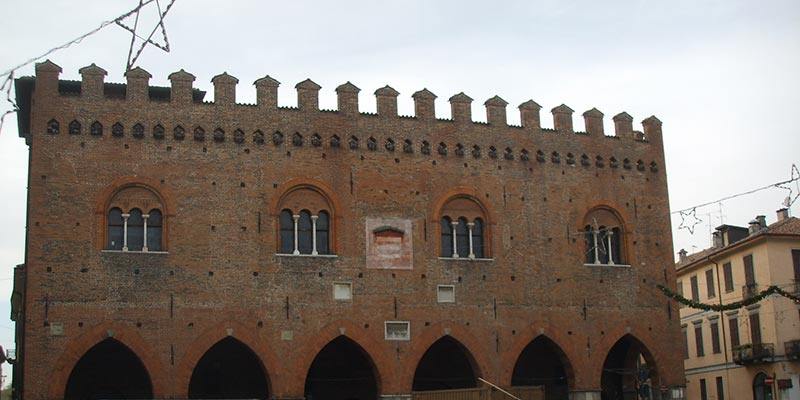 Built after the Piazza del Comune, or city hall, this two-story building was once a headquarters for the merchants of fustian, a barracks, and a headquarters for the notary. Over the years there have been slight changes to its structure to accommodate the changes in its function. Today, it is used for meetings and events. Its history and unique architecture make it a perfect backdrop for our groups' performances. 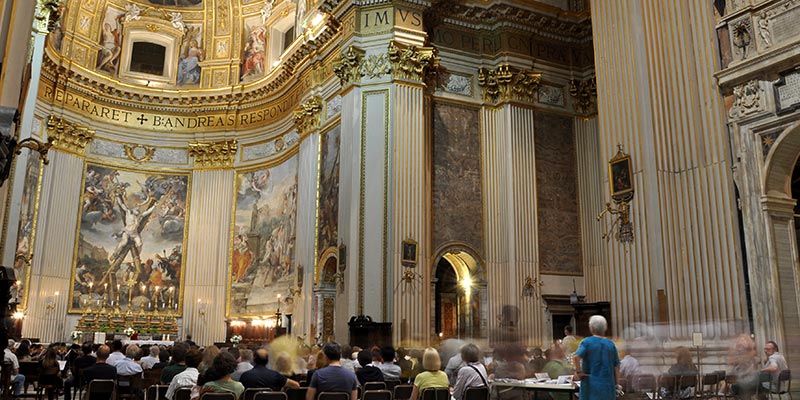 It is hard to imagine a more dramatic church than Sant' Andrea della Valle, it is therefore not hard to understand why Puccini set the first act of his opera, Tosca, in the Barberini Chapel. It is here that Angelotti seeks a hiding place from the Roman chief of police and Tosca's suspicions of her lovers' supposed infidelity are aroused. This is a venue of unmatched opulence and operatic history and would be the perfect venue for a choral performance. 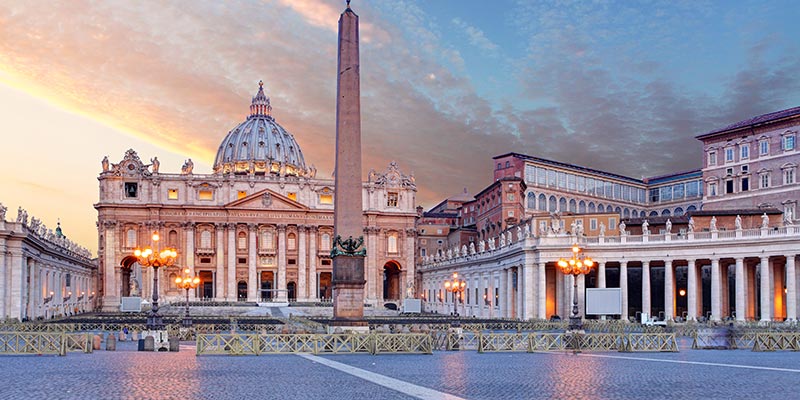 Charged as being "the greatest of all churches of Christendom," St. Peter's Basilica, in Vatican City, is nearly 400 years old and possesses a wealth of history, culture, and art. Adorned with works of famous Italian Renaissance artists such as Michelangelo, St. Peter's is a popular site not only for Christians, but for historians and tourists alike. Not only have Encore groups had the opportunity to explore such a remarkable sight, but some have also performed for the Pope himself! 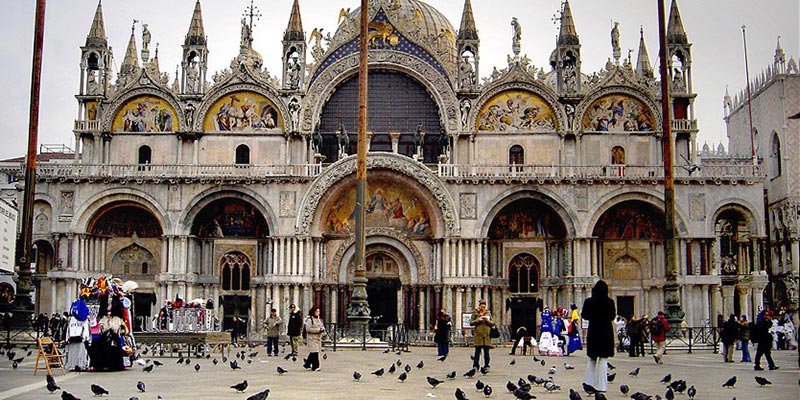 Located on the Piazza San Marco, the Cathedral is not only the most famous of the churches in Venice, but it's also one of the best known examples of Byzantine architecture. Over the centuries, it has become a symbol of Venetian wealth and power. This explains its nickname, Chiesa d'Oro, which in Italian means "church of gold". The church also contains multiple choir lofts which was the inspiration for the development of a Venetian polychoral style. So hop a boat to Venice and come perform in what was once a vital home to the famous Italian Renaissance! 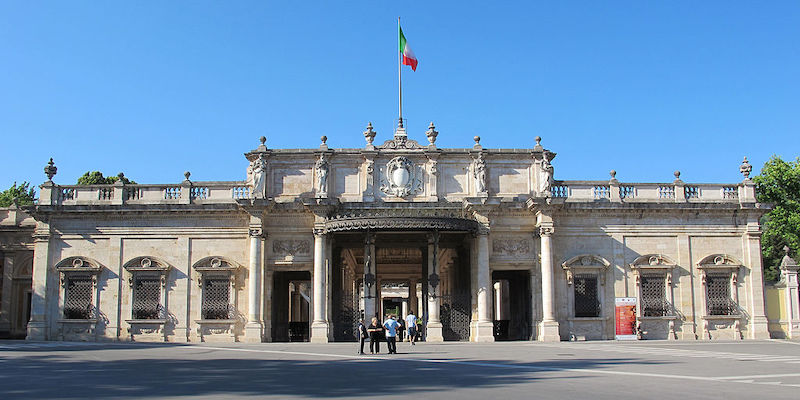 Considered the symbol of the city and its glorious past, as well as being the oldest of the spas, the Tettuccio has been nicknamed Temple of the European Spas. The majesty of the building and richness of the interior decorations represent the maximum expression of spa architecture in Montecatini, located halfway between Florence and Lucca in the Tuscan countryside. Guests come to drink the waters from its four springs, each with a different chemical composition. Tettuccio refers to the small roof found over the spa’s source. Ensembles perform here surrounded by classic statues, marble columns and the lavish Art Noveau architecture of the facility. There is ample space to accommodate ensembles of up to 100 members. 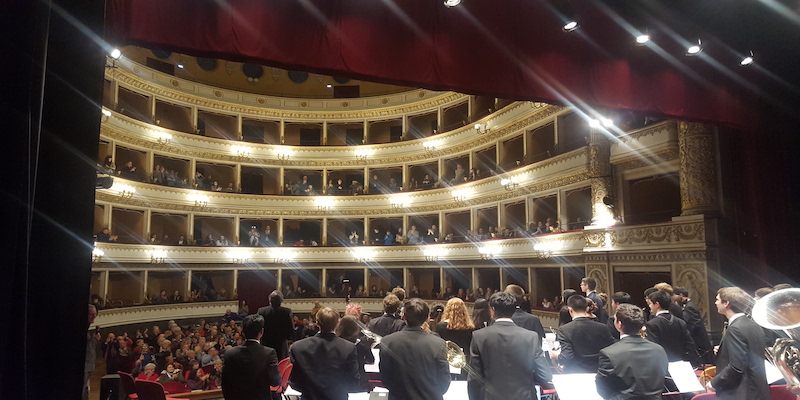 Inaugurated in 1866 and named after the composer and director Luigi Mancinelli from Orvieto, Mancinelli Theatre, after a long complete restoration, was reopened to the public in 1993. Of great worth is the curtain decorated by the painter Cesare Fracassini. This beautiful round theatre offers a setting of great prestige characterized by excellent acoustics. The Foyer, completely frescoed, extremely elegant and multifunctional, is situated on the third floor and it can hold from 40 to 150 people. The stalls are able to accommodate up to 164 people. The four floors of boxes can take up to 322 people. 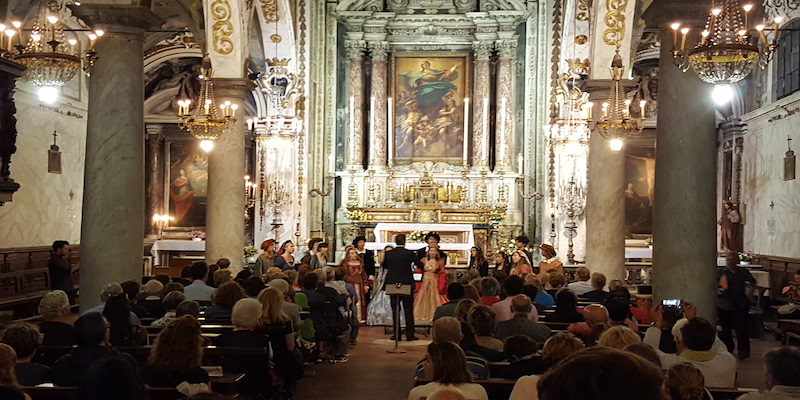 The church of Santa Maria Nera owes its name to the sculpture that reproduces the image of a black virgin. This is an exact 19th century reproduction of the Madonna of Loreto which, it is said, was flown to Italy by angels and whose original was completely burned in a devastating fire in 1921. Also known as Santa Maria Corteorlandini, the church is one of the city’s hidden gems and a fantastic example of baroque style in Lucca. The interior is stunning and provides a welcoming venue for visiting choirs. 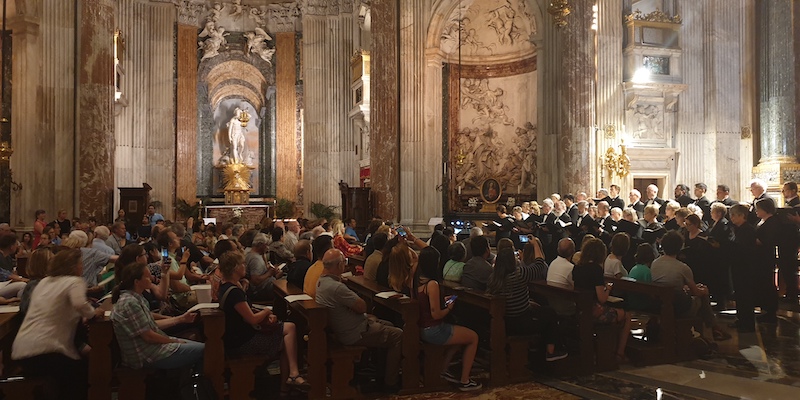 Sant'Agnese in Agone is a seventeenth Baroque church in Rome, Italy. It faces onto the Piazza Navona, one of the main urban spaces in the historic centre of the city and the site where the Early Christian Saint Agnes was martyred at the ancient Stadium of Domitian. A number of architects were involved in the construction of the church, including Girolamo Rainaldi and his son Carlo Rainaldi, and two of the foremost Baroque architects of the day; Francesco Borromini and the sculptor Gianlorenzo Bernini. The church serves as a cultural gathering point for the entire city with concerts throughout the year often featuring visiting ensembles. 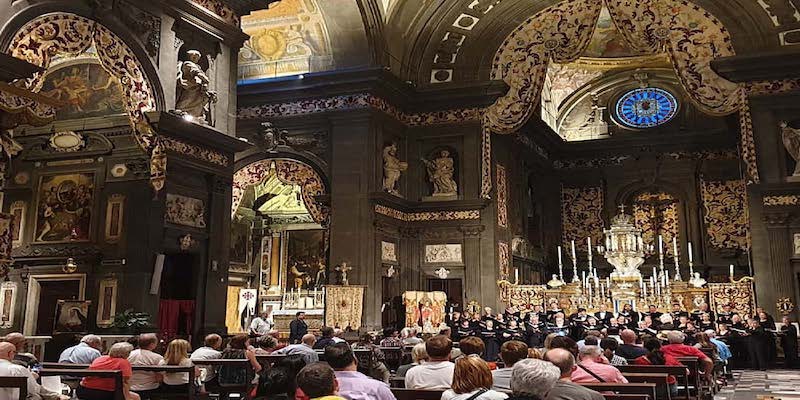 Constructed during the 1600s, church of St. Gaetano has become the archetypical baroque church in the wealthiest part of town. The façade, with its sculptural decorations, is not typical of Florentine churches. The interior is impressive and richly decorated as is customary in Baroque churches. The venue is ideal for medium to large choirs and can accommodate audiences of up to 200 people. 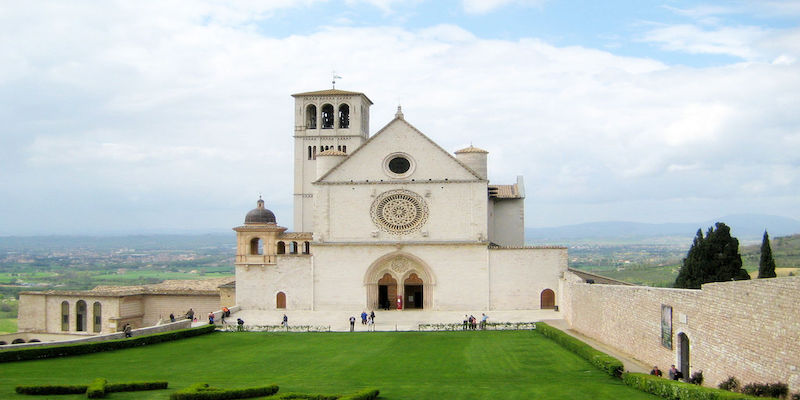 The Basilica of Saint Francis of Assisi, in the town where St. Francis was born and died, is the mother church of the Roman Catholic Franciscan Order and one of the most important places of Christian pilgrimage in Italy. The Basilica, begun in 1228, comprises two churches – the Upper Church and Lower Church – and a crypt where the remains of the saint are interred. With permission, choral groups can sing during Holy Mass. 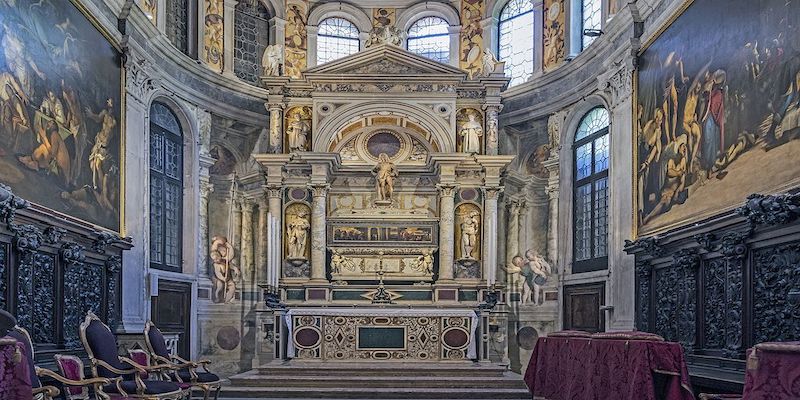 Originally built between 1489-1508, the church of San Rocco – or Saint Roch - was almost entirely reconstructed in 1725. On either side of the main altar are four large paintings by Italian Renaissance master, Tintoretto, depicting Saint Roch’s life. The performance space in front of the altar is large enough to accommodate even large choirs comfortably. 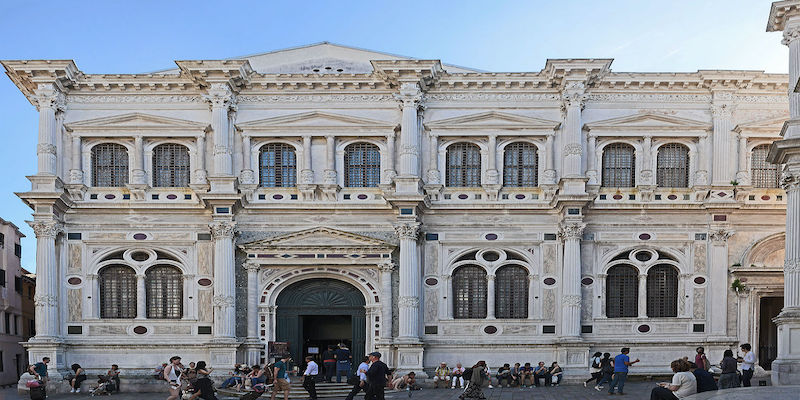 Located next door to the church of San Rocco is the Grand School of San Rocco. Completed in 1560, the design was similar to other scuola in Venice, characterized by two halls, one at ground floor level, the other at first floor level. The upper hall provides a magnificent performance space that can accommodate orchestras of up to 100 members as well as choral ensembles. In its heyday, the scuola was an important patron of music employing musicians such as Giovanni Gabrieli. In 1958, Stravinsky’s Threni was premiered at the scuola with the composer himself conducting. 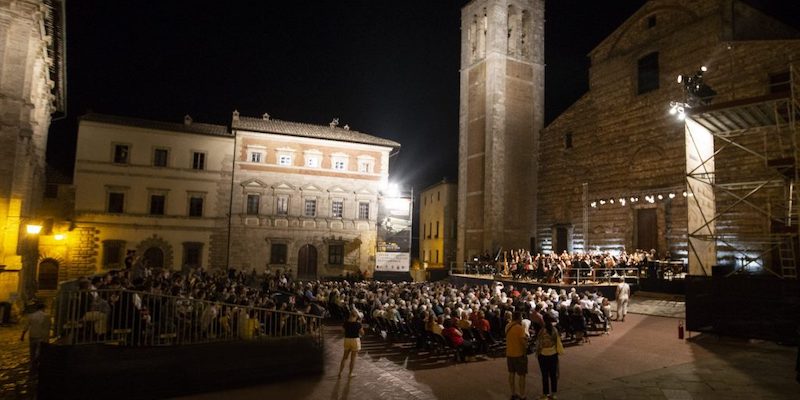 This piazza is one of the most beautiful piazzas in Tuscany and is an ideal space for large orchestras to perform. It’s truly the heart of the city of Montepulciano and hosts a number of musical and cultural events every summer. The architecture of the buildings surrounding the square encompasses an interesting blend of Florentine architecture as well as remains of Roman buildings. The piazza is home to Montepulciano’s cathedral and its most important palazzi that had been built by the city’s most influential families. It’s a fantastic place for summer concerts under the Tuscan stars!